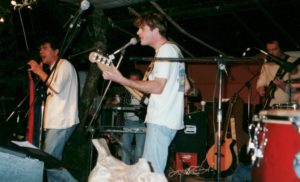 T.Y.P (The Yogurt Phantoms) (Autumn 1998- August 2000) In the summer of 1998 I reply to an ad (from the weekly “Trouvailles”) looking for a guitarist to play hard rock music (Deep Purple etc ..). I try my luck thinking I’m gonna meet middle-aged musicians. Phone call and surprise: 35-year-olds (I even had them, as a trainer, at Echallens-Basketball). We met, made a little jam, we tried “Child in time”, the solo convinced Cyril NERINI (Bass, vocals), Christophe NERINI (drums) and Massimo SERAFINI (guitar, vocals) to join their adventure. Some concerts in Echallens, at the Fêtes de Lausanne (1999) and the Festival of Ibie (Ardèche), got me back on the horse. Then Massimo, (going to France) and Cyril NERINI (for professional reasons) leaving,  we recruit the singer named “Johnny” and Lionel DECOSTERD (bass) to play two nights at the Fêtes de Lausanne 2000. In September 2000 the two survivors (Christophe and I) take advantage of the split of GO AHEAD (Polet Lodari (bass), Carlo LODARI (guitar), Jo ZARRA (vocals) and Pierre BOREL (drums) to form ONE TOO which will play for the next decade.. 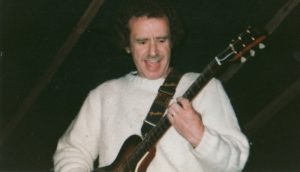 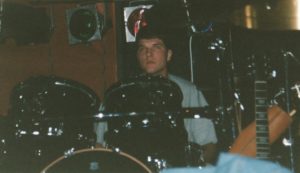 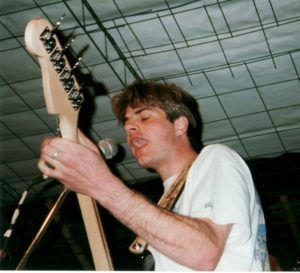 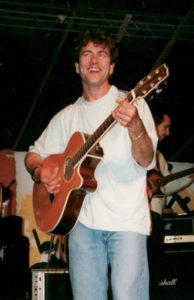